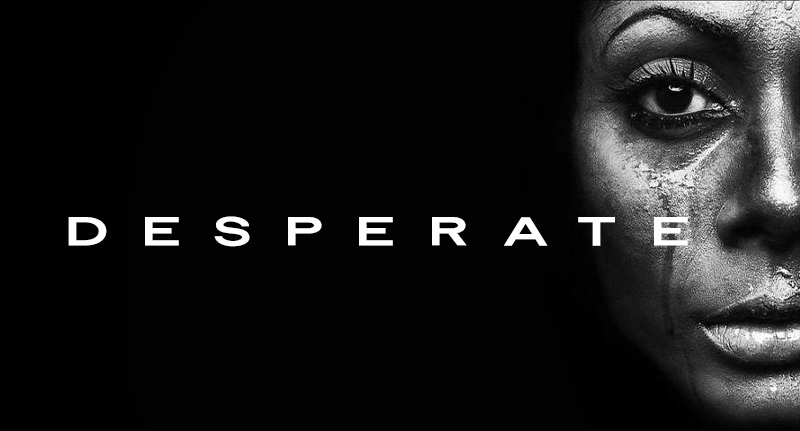 The Gift of Desperation

The day I woke up in my 6th and final psychiatric hospital was the day I received the greatest gift.

On Thanksgiving Day 2018, I woke up in a psychiatric hospital from one of my schizophrenic and drunken episodes. This day marked my 6th psychiatric hospital stay in two years and the first time I admitted to being an alcoholic. The plain white walls and damp hallways leading to the nursing station felt like the longest walk of my life. When I arrived at the glass for my medication and check-in, the attending physician told me I had been in the hospital two weeks (I was unaware) and that it was time for me to be discharged home or to a different facility. At that moment my body began to shake as if I was standing in a time machine and everything from the last two years rushed back into full view. Next thing I know I gasped for air and began crying uncontrollably. I began to hallucinate and vaguely heard the doctor ask the nurse if I had family or any place to go. Everything became dark and I was wheeled to my room and placed in bed, I did not wake up until the next day.

The very next day, case management came to my room and escorted me to their office. Once I sat down, a young girl asked if I had any place to live. I began sobbing and told her something that I realized only in that moment that I was once again homeless. The next thing she said is where the gift began to unfold. Before we go ahead any further, I must give you a brief history about me. I became homeless and diagnosed with schizophrenia in 2016. I have lived on Skid Row, homeless shelters (Northern & Southern California), begged for change, lived in a cardboard box, and lost every materialistic possession I have ever owned. I did get back on my feet in 2017 but my underlying problem was never solved. At this point, the underlying problem had definitely caught up to me and was beginning to unfold right before my eyes.

Let’s dive back into the story. As I stated, the lady asked me the following four words: “Are you an alcoholic?” I responded by saying that I was not a heavy drinker and that my main problem was my mental illness. She pushed further and began describing the characteristics of an alcoholic and told me my blood alcohol level upon arrival was 1.5. As I sat there and started facing some hard truths, I knew that after this day my life would never be the same.

“Have you ever been to treatment?” I asked her, treatment for what exactly. She stated treatment for your alcohol abuse. I angrily responded that no I had not, nor do I abuse alcohol. “Amber you could have killed yourself two weeks go if you would have kept drinking and you blacked out upon arrival.” I looked like a deer in the headlights and could not formulate the words that I had a problem. The case manager called a treatment facility, they began to do an over the phone screening and then told me we will accept you. Little did I know my life would be transformed and I would be given the gift of desperation.

Upon my arrival, I immediately knew I had nothing left from my old life. I only had the clothes on my back and no money. Also, I was disconnected from my family and honestly had no friends (not any that survived anyway). I was placed in a room with three other women that I did not know but we shared one common goal of wanting to break free from our addictions. The first few days were a blur. By my fifth day, I was ready to attend my first Alcoholics Anonymous (AA) meeting and that meeting reshaped my life even further. A man stepped up to the podium and said the following: “You got to get butt naked honest about your disease and what you suffer from. You will never make it if you don’t get rigorously honest.” In that very moment I whispered to myself I’m desperate. From that point on until this current day I remain desperate.

Let’s delve further into the greatest non monetary gift that I have ever been given, desperation. I define desperation as when you hit your greatest low and have a thirst/deep desire/longing to climb out of that pit. From the day I arrived at the treatment center I longed to no longer be “mentally crippled” and in a drunken stupor. As each day passed, I began to heal from the poison I placed in my body and the mind altering effect it had on me. Through my own healing process, I retained a consistent desire never to return to the fraction of a person I had become. Quenching my thirst long-term resulted in mental and emotional stability. After 60 days in treatment my recovery from alcohol and mental illness became sustainable from my perspective for one reason. This reason is because I will remain desperate to never go back to begging for change outside of a liquor store just to go buy a 5th and sleep under a bridge. Furthermore, I remain desperate enough to fight for my life and live another day.

Beyond the gifts of sobriety/mental clarity, I have been given a consistent and daily desperation to boldly live my life despite what I suffer from (alcoholism/schizoaffective disorder). I am appreciative of this gift because hopelessness/downcast never had me being victorious in life, but I am winning everyday because I choose not to take a drink. May you find the gift of desperation too!

GET YOUR FREE COPY TODAY!

Join my mailing list and receive a free copy of "The 5 Biblical Principles That Guide My Life" straight to your inbox!